Here after you know how to invest your time & money with some effective way to generate some income. Also you got a clear vision on what type stream of income will suitable to your career. So let’s jump into the topic now.

There are seven different types of income streams:

What is Earned Income.

Earned income is income you get from working for someone else. It can be from a job, a business or selling something you made yourself. Earned income is taxed at your marginal tax rate and may be subject to additional taxes or penalties if the amount of earned income exceeds certain limits.

What is Profit Income.

Profit income is the money you make from selling a product or service. It’s also known as revenue, and it can be earned in any way that generates an income—from selling your own products, to working for someone else in exchange for money or goods, to investing in stocks or other investments.

eBay and amazon if word known platforms to sell your products online otherwise you can sell your service to earn some profits using freelancing platforms like Fiverr and Upwork.

The biggest difference between profit and earned (or passive) income is that with profit-generating activities like these, there’s always some type of effort required on your part: You have to supply something of value first before receiving payment for doing so; this means that if you want them working for you but aren’t willing or able personally invest anything into building their skillset then there won’t be much profit coming back from those efforts anymore than there would if they were just sitting around doing nothing instead!

What is Interest Income.

Interest income is the amount of money you receive on a loan. It’s calculated as a percentage of the principal, or the amount you lend. Interest can be earned from savings accounts, CDs, bonds and other investments. Specially banks are very known for providing this type of Interest income commonly.

What is Dividend Income.

Dividend income is the second type of cash flow you can create through your portfolio. This type of income comes from companies that pay out a portion of their profits as dividends to shareholders.

You don’t have to own shares in these companies, but if you do, it’s possible for them to make payments directly into your bank account or brokerage account.

Dividend payments are often determined by how well the company has performed over time and its board members’ decision-making processes when making investment decisions. The amount paid is based on how profitable each business unit was during the previous year (i.e., gross profit).

What is Rental Income.

Rental income is money you receive from renting out a property. It can be passive or active and it can be used to offset other sources of income, such as your salary.

For example: if you are a teacher, you may have a house where you live with your family and this house will also be rented out when needed by students who need accommodation while attending university or college. In this case, the rent will be paid by these students who pay with their own money (not yours).

Capital gains are profits made from the sale of an asset, such as a stock or real estate. They’re taxed at a lower rate than earned income, which means that you can use them to offset capital losses and reduce your tax bill.

Capital gains can be used in several ways:

Royalty income is the sale of an asset for a price that exceeds its total cost. For example, if you sell a painting for $1 million and used up all of your own money to purchase it, then you have earned royalty income from the sale.

In this scenario, you would have been able to afford something else with the same amount of money as what was spent on purchasing the painting.

Shutterstock is very famous for providing loyalty income for photographers. If you own a camera or interesting in photography you should defiantly try this.

Amazon Kindle: Do you know amazon give a loyalty program for its eBook publishers with large amount of profits and it also free to join.

Royalty income can also be earned by using intangible assets such as intellectual property (IP) or patents/trademarks/etc.

Which are used in industries such as technology companies or pharmaceuticals among others; tangible assets such as real estate which allows individuals who own properties along major roadsides across various cities around America earn significant amounts every year.

Since these properties are highly profitable due to increased traffic flow generated by tourists visiting those areas during peak seasons such as summer months when air conditioning units must run at higher temperatures than normal because people tend not want cold air blowing into their homes during these warmer weather periods!

In this guide, we’ve looked at 7 different types of income streams that you can create as an entrepreneur. We’ve also covered what each one means and how to get started with them. The most important lesson we can take away from this is not only do you have multiple sources of income, but they serve different purposes! 3 mind-blowing (Q&A) How does real estate agents get paid. 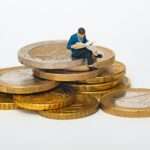